The development of our brain begins in the first weeks after conception and the first three years of your child’s life are crucial for development in many ways.  I find this area fascinating and thought I would share some information with you.

A quick introduction to the Brain

How does the brain work?

The brain contains billions of nerve cells in networks called neurons which communicate with one another via electrical and chemical signals. 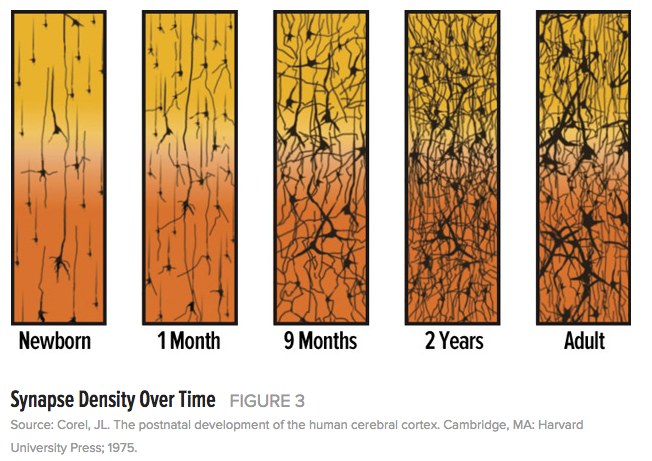 Click here to see the core concepts in early development and how important are early experiences are built into our bodies and brains for better or worse.

I find the human existence amazing.   There are about 100 billion of neurons that have been produced and travel to the right places in the brain while beginning to connect with one another.  Click here for information on Baby Brain Map.  It is an interactive map where you can click on the section of the image you are interested in.  I have also taken a quick screenshot for a quick summary below.  Depending on the age range, different hotspots will appear:

I hope you found this as interesting as I did 🙂